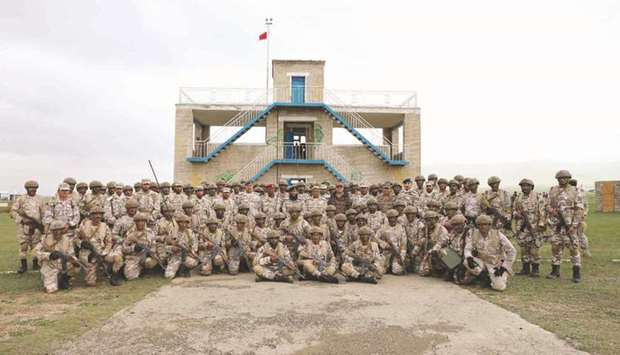 gulf| Ahmed bin Mohamed Military College has concluded the ‘Decisive Decision’ exercise (15). The two-week exercise was organised in Mongolia, with the participation of 210 officer cadets of the college.

Director of the exercise, Major Ghanim Yousef al-Kaabi, said that Ahmed bin Mohammed Military College has always been seeking to train its students in different environments in terms of climate and geographical nature in order to enhance their training level and equip them with more experience.

This is why several exercises were held in certain countries including Mongolia, he said.
Major al-Kaabi pointed out that the cadets benefited from the diversity of training grounds, stressing that training is key to improving the combat efficiency of the participants.

The harder the training the better the results are, he said

A number of senior officers from both sides attended the closing event of the exercise.