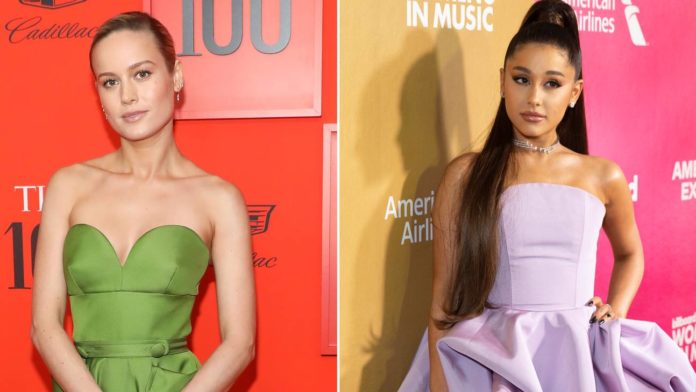 mtv| Brie Larson is serving us pure Envy Adams from her Scott Pilgrim days with her latest musical performance clip. The actor (and singer!) took to Instagram with a heartfelt rendition of Ariana Grande’s Sweetener mega-hit “God is a Woman,” and we can’t get over how soothing it is. Sing it, honey!

Unfortunately for us, it’s just a snippet, but just those few short seconds will certainly brighten your day.

“Big big thank you to legend Nancy Wilson for sending me her custom Gibson guitar – I will never get over it,” Larson captioned the post. Yes, not only is she singing Ari’s song, but she’s using Nancy Wilson of Heart’s guitar. Iconic.

This isn’t the first time Larson has covered Ari though, and probably won’t be the last. In a previous clip, she picked up her guitar, wrapped up in a cozy hoodie and throwing it back with Grande’s “My Everything.” She’s also covered hits like Kacey Musgraves’ “Space Cowboy” as well, and honestly continues to tease us by not recording a new album in the year 2019.

We mustn’t forget that this Oscar-winning member of the Marvel Cinematic Universe had a full-fledged singing career in the 2000s when she was just 16, even opening for Jesse McCartney at one point.

So while we know she’s old hat at this singing business, it’s still a nice little ray of sunshine to see her seriously belting out some tunes instead of sheepishly hanging back during interviews and only giving us a tiny bit of singing Brie for sustenance. Our only request is that she finish the song and post that entire version soon. It’s what we deserve.

After that, it’s time for Ari and Brie to join up for a duet, right? Let’s make this happen. That, or Brie needs to do “Thank U, Next” soon.