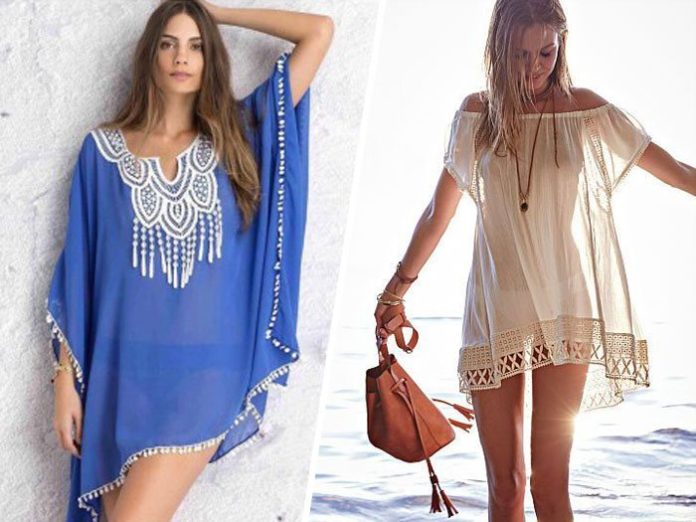 shape| Swimsuit anxiety is real, and no one understands that better than blogger and body-positive activist, Carly Anderson. A few years ago, the young mom realized that she’d only worn a swimsuit three times since giving birth to her daughter.

“I felt uncomfortable, so I avoided the beach and pool parties,” Anderson tells Shape. “My whole life, I’d loved the water and hated bathing suits.”

Then one day, she jokingly shared her dislike for swimsuits on social media. To her surprise, she wasn’t alone. “The comments and messages poured in,” she says. “Apparently, everyone felt the same way.”

The positive response from her online community encouraged Anderson to rip off the band-aid once and for all. She put on a swimsuit she didn’t totally hate and posted pictures of herself wearing it on her blog. (Related: What a Fitness oach Wants You to Know About Getting Your Body “Summer-Ready”)

“The result was almost overwhelming,” she says. “Women said they felt inspired to see a similar body type to their own.”

A year later, Anderson decided to create the hashtag #JustWearTheSuit, encouraging women to share their own swimsuit photos and overcome the anxiety surrounding them. “My goal was to create a community—a place where we can ALL share our stories and celebrate summer together,” she says.

Her message resonated with thousands of women, who began using the hashtag and spreading their own dose of body positivity.

“I’m so proud of how our community has become involved in #justwearthesuit,” says Anderson. “It’s not mine anymore.  I love that other women connect with each other, support each other, and share this amazing movement as much as I do.”

But recently, #justwearthesuit was marked as “inappropriate” on Instagram and effectively banned from the platform, explains Anderson. “To see this amazing movement marked as inappropriate felt like a punch in the gut.” She couldn’t understand how a positive movement could be deemed “unworthy” by the online platform. (Related: Banning Pro-Eating Disorder Words On Instagram Doesn’t Work)

While let down at first, Anderson continued to promote the movement on her Instagram. Rather than encouraging women to use the hashtag, she created Just Wear the Suit GIFs that women could add to their Instagram Stories. She also began to share other women’s Just Wear the Suit stories to her blog so that no one felt discouraged.

Little did Anderson know, her badass online community was simultaneously filing tickets and sending emails to Instagram’s help desk, demanding that they lift the ban on the hashtag. Nearly a month later, their efforts paid off.

“The most inspiring part to me is how our community rallied around the movement,” shares Anderson. “They shared, they talked to Instagram, and eventually, we got our community back. Without the support of our amazing community, I’m pretty sure we’d have a different outcome.”

Unfortunately, this isn’t the first time Instagram has banned content geared toward body positivity. A few years ago, the platform took down the hashtag #curvy, and it’s often removed photos of women showing off their bodies in their natural form—cellulite and all.

While there’s certainly a lot of work to do when it comes to normalizing images of women’s bodies, Anderson believes the change needs to start with us. “I think we as women have a long way to go when it comes to accepting OURSELVES,” she says. “To me, that’s the first step. When we can see ourselves as beautiful, whatever shape or size we are, we model that to others—and that will create long-lasting change.”