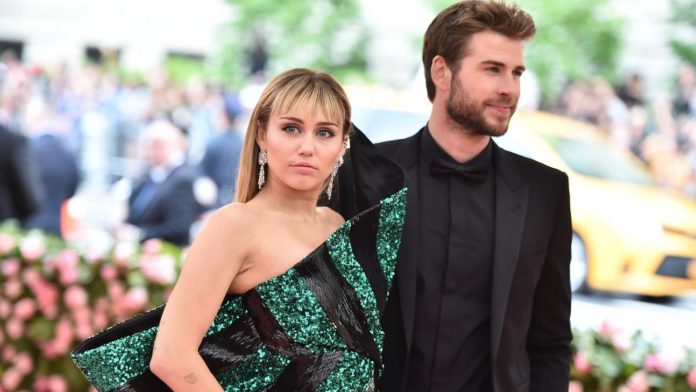 mtv| We regret to inform you that we’ve reached the first day in a post-Miley Cyrus and Liam Hemsworth split, and it unfortunately wasn’t a nightmare. It’s very real.

In fact, Liam has issued his first official statement on the matter with a straightforward yet heartbreaking Instagram post, and we’re really feeling just how hard the news has hit now that we’ve seen comments from both parties on the matter.

“Hi all,” Hemsworth posted alongside a gorgeous photo of a sunset. “Just a quick note to say that Miley and I have recently separated and I wish her nothing but health and happiness going forward.”

He indicated that any comments made to “any journalists or media outlets” he may have made are “false,” signing off with “Peace and Love.” It’s a much different, more direct statement than Miley’s most recent Instagram comment, which didn’t directly reference the separation nor Liam himself, but instead cautioned readers not to “fight evolution,” because “you will never win.” She paired it with a snapshot of herself exploring the picturesque mountain ranges of Italy decked out in athletic gear.

The couple is separating after less than a year of marriage, which a representative for Cyrus originally confirmed, calling the pair “ever-evolving, changing as partners and individuals.”

“They still remain dedicated parents to all of their animals they share while lovingly taking this time apart. Please respect their process and privacy.” Unfortunately, neither party has yet to offer any additional clarification on what happened with their relationship that could have lead to this. According to a source from E!, they had been “trying to make it work for months,” but ended up spending a lot of time apart.

While of course we all respect Miley and Liam’s privacy as they’ve requested, it’s still sad to think about what could have been for the pair, who always seemed so happy just to be in each other’s presence and spoke so highly of the other in interviews. Here’s hoping they both find peace and happiness in the days to come.