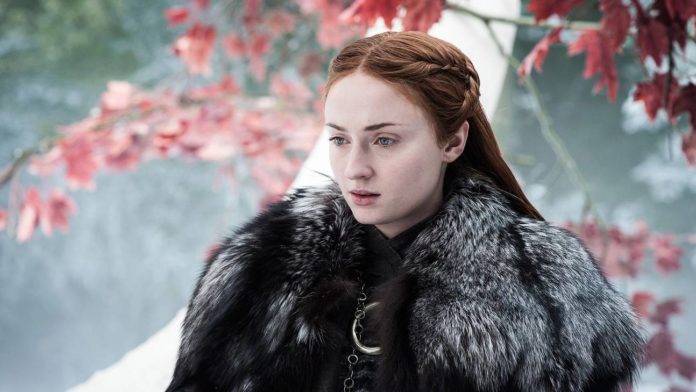 Sophie Turner has a few ideas on where the proud ruler ends up in her future, and she shared them during an interview with the Los Angeles Times during a recent interview.

“No wars, no battles,” she predicted. “I see her leading until she’s very old,” Turner told the Los Angeles Times in an interview. “I don’t see her getting married or having children. I think it would be a democratic kind of kingdom. She’d die of old age, very happy.” But if she’s such a great ruler, why wouldn’t she have taken the Iron Throne? Turner says Her Majesty only really has the North in mind when it comes to ruling.

“The fact that she doesn’t want power is also something to be said for her,” she said of Sansa’s unique role. “She only cares about the North.”

Turner was previously nominated for her first Emmy Award alongside Game of Thrones co-stars like Emilia Clarke and Gwendoline Christie, and likely much of it is owed to how she played the very calm and collected Stark sister.

“[Showrunners David Benioff and Dan Weiss] and I spoke about it a lot … the ways people are blinded by power,” Turner explained of her character. “She can spy that in anyone. She’s seen too much; she can’t be [too] vigilant,” Turner added. “We always thought she had her head screwed on maybe the best of all the characters.”

It’s been clear from the start that Sophie has always felt very close to her character as well as the Game of Thrones cast, and we think the future is almost certainly bright for Sansa, just as it is for the woman in real life.