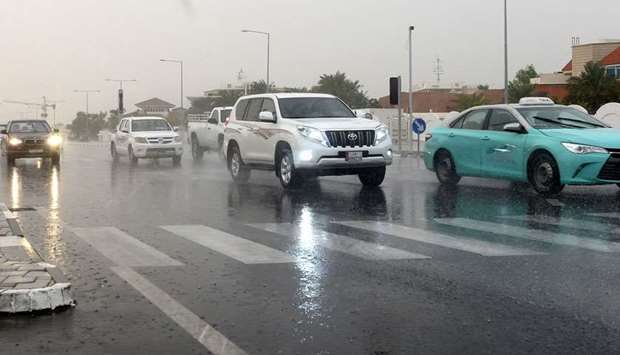 gulf| Thundery rain and strong winds are expected in some places by Tuesday afternoon, the Qatar Met department has said.

Qatari numerical weather prediction charts indicate “a chance of local cloud development” in the southwestern areas around Tuesday afternoon with “possible scattered thundershowers, which may be accompanied by strong dust-raising winds”, the department tweeted on Monday.

The wind speed will be less than 5 knots at first, becoming mainly northeasterly-easterly with a speed of 6-16 knots and going up to 35 knots during thundery rain, the weather report states.

Visibility, meanwhile, may come down to 2km or less in some places during the thundershowers.

The detailed forecast says it will be misty in some places by early this morning, followed by hot daytime conditions. There is a chance of local cloud formation, which may be thundery and associated with blowing dust by the afternoon.

While there is no warning for offshore areas, the forecast says it will be misty and partly cloudy at times in these places.

The maximum temperature is expected to be 42C on Tuesday in Abu Samra, 41C in Al Khor and 40C in Doha.

Monday, a maximum of 45C was recorded in Turayna, followed by 44C was recorded in Sheehaniya, Karana, Batna and Jumayliyah, 43C in Al Khor and Ghuwairiyah, 42C in the Qatar University area and Mesaieed, and 41C in Doha (airport area).