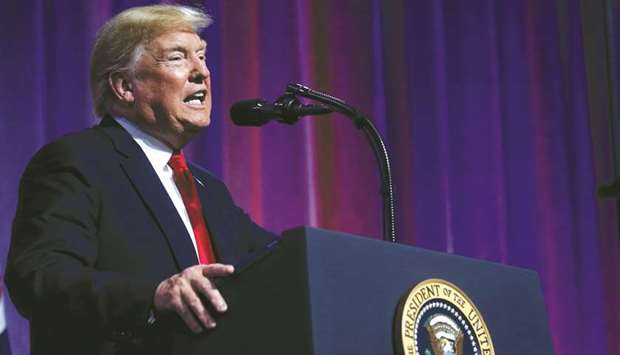 gulf| The Trump administration is readying a plan to end direct federal regulation of methane leaks from oil and gas facilities, even as some energy companies insist they don’t want the relief.

A draft proposal from the Environmental Protection Agency would prevent the federal government from restricting emissions of that potent greenhouse gas from oil wells and infrastructure, despite fears that time is running out to avert catastrophic consequences of climate change.

The White House is finishing its review of the EPA plan, which was described by people familiar with the matter who asked not to be named ahead of a formal announcement that is expected within weeks.

The proposal threatens to undermine the oil industry’s sales pitch that natural gas is a climate-friendly source of electricity – a cleaner-burning alternative to coal that can help power an energy-hungry world for decades to come.

Dozens of oil companies have made voluntary pledges to keep methane in check, and some have warned the Trump administration that federal regulation is essential for natural gas to maintain that reputation.

“Stakeholder confidence in natural gas is hanging by the thread, and the EPA is pulling out the scissors with this methane rollback,” said Ben Ratner, a senior director with the Environmental Defense Fund’s energy innovation arm.

More than 60 oil and gas companies have made voluntary commitments to pare emissions of methane, the chief ingredient of natural gas, though some of them insist federal regulation is still essential for the highly fragmented industry.

For instance, BP Plc and Royal Dutch Shell Plc executives said in March that they favour federal regulation of the oil industry’s methane emissions, with BP asserting in an opinion piece that voluntary actions by a handful of companies “are not enough to solve the problem.”

“Industry gets it,” said David Hayes, a former Interior Department official who leads the State Energy and Environmental Impact Center at New York University School of Law. “They recognise that this is a tremendous liability.”

The oil and gas industry is the leading industrial source of methane, which can escape from pipelines, sneak out of compressor stations and be vented from oil wells as a byproduct.

Although methane accounts for roughly 10% of US greenhouse gas emissions, it’s been blamed for up to a quarter of the planet’s warming as it has more than 84 times the heat-trapping potential of carbon dioxide the first two decades after entering the atmosphere.

The EPA’s plan to walk away from regulating methane dovetails with other Trump administration efforts to ease limits on emissions from power plants and automobiles. Critics cast the proposal as a part of a broad Trump administration retreat from the global fight against climate change.

The Obama administration targeted the oil industry’s methane emissions in 2016, by requiring energy companies to frequently seek and plug leaks. Other US requirements also acted to pare methane emissions but did so indirectly, by targeting other, conventional pollutants or seeking to stop the waste of natural gas extracted from federal lands.

Those mandates on new wells triggered a legal requirement that EPA also regulate methane emissions from existing oilfield infrastructure – including more than a million wells on private land.

Those existing wells make up the vast majority of the sector’s methane leaks – with oil and gas wells drilled before 2012 believed to be responsible for up to 90% of them.

However, plugging leaks on some decades-old, low-producing wells could be expensive and unruly – a burden that could fall disproportionately on smaller, independent oil companies.

Trump’s EPA has already proposed easing the 2016 mandates, but by sweeping away direct methane regulation, the agency may prevent the march to impose them on existing wells too.

The EPA is planning to justify its move by treating parts of the oil and gas industry – such as production from individual wells and natural gas transmission – as distinct, separate segments, then arguing that the methane emissions associated with them don’t merit regulation, according to the people familiar with the proposal.

Natural gas produces half as many carbon dioxide emissions as coal when used to produce electricity, but methane leaks undermine that benefit, providing fodder to activists fighting to block the construction of new pipelines and power plants using the fossil fuel